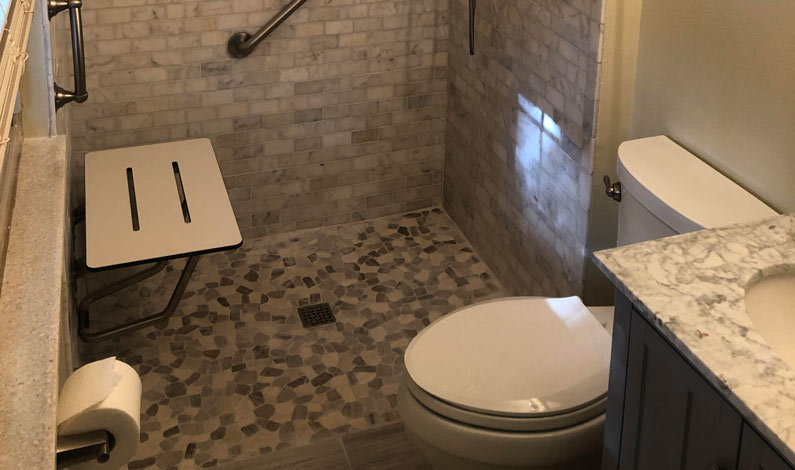 The owner on this bathroom remodel has a neurological disorder which makes walking very difficult.  Not only did we construct a “zero entry” or “curb less” shower, we also opened up the space by 24 cubic feet.  We also installed safety rails and added a retractable bench seat in the shower. 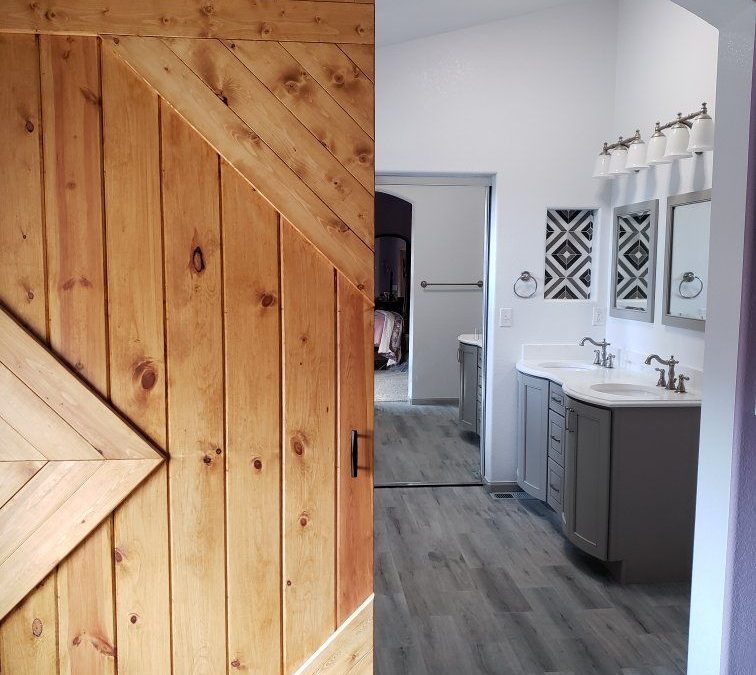 While it is rare that a customers bathroom has to be stripped all the way down to studs and joists, this was one of those cases. The homeowner started having mobility issues and her current bathroom configuration was no longer acceptable . The shower was getting harder and harder to navigate and the tub area just became a complete waste of space. Enter Elegant Home Remodeling Co. (EHRCo) to transform this less than useful space into fully functioning bathroom.

After tearing this room down to studs, the reimagining of the space began. It was decided that the shower needed to be enlarged and a closet essential. The once “useless“ tub space became our new shower and the old shower became a closet. The new shower was outfitted with multiple hand rails, a 6 ft long bench seat, a curbless 36” entry and best of all the shower faucet was moved to the entry of the shower. This allowed the customer the ability to turn on the water and allow it to warm up before sliding down the bench to the shower head. A diverter was added next to her seat so that the customer did not have to stand to change the shower from overhead to hand held. 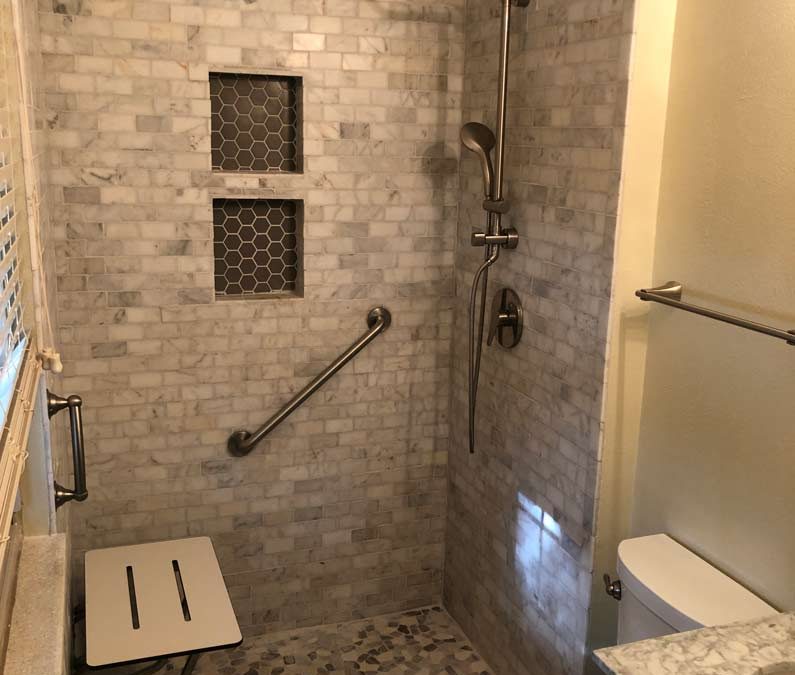 Projects Made with Accessibility in Mind 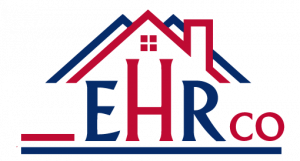